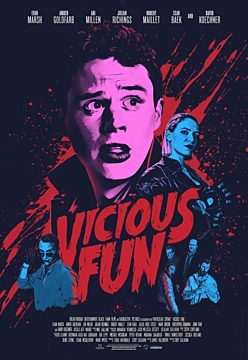 A loser whose life is passing him by accidentally stumbles into a secret underground self-help group for serial killers. Can he match wits with five killers and make it through the night alive? Stuck with only two options - kill or be killed, Joel will have to find his inner serial killer and muster a hidden strength to defeat the maniacs in his midst.