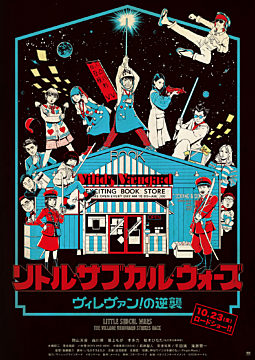 There are unique bookstores, called “VILLAGE VANGUARD”, it’s unlike any other in the world.

Keizo is a college student, who calls himself “empty” has been spending an exciting (stimulating) days with a mixture of junk and eccentric people at the bookstore “VILLAGE VANGUARD” where he works as a part-time staff.

After a year of getting used to excitement there, it is peaceful, but he found that something is missing. The Japanese subculture (niche genres of Japanese pop culture) has disappeared from the world!

Hie fierce battle to reclaim subculture and culuture itself is about to begin!