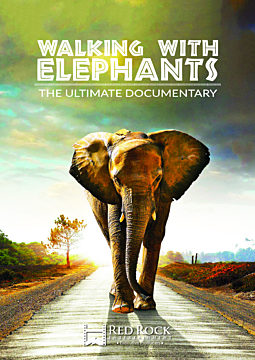 Walking with Elephants is first and foremost about elephants. While these fast disappearing magnificent and intelligent beasts live out their lives, they are being squeezed by humans into ever smaller patterns of behavior. While poaching is highlighted as a major factor in the decline in elephant numbers, it is in fact farming, and in particular cattle farming, that is robbing elephants of the habitat they foraged for themselves and the animals that depended on the grasslands they created.

Walking with Elephants is a documentary about finding and following elephants in the last days of the great elephant walks that once stretched from South Africa to Ethiopia. By Walking with elephants (literally), we will come to understand the barriers to their continued existence. By covering the seven countries – Namibia, Botswana, Angola, Zimbabwe, Zambia, Tanzania and Kenya and the traveling elephant populations there – audiences will get an insight into the true life of elephants.