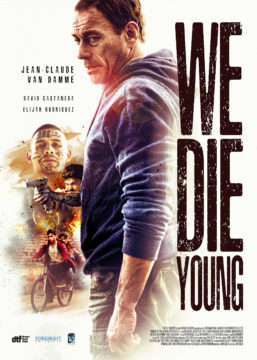 Washington DC. A symbol of freedom and power in the eyes of our nation and the rest of the world. But in the shadows of the looming monuments and majestic government buildings, lies an underworld very different from the well-recognized images of our nation’s capital – a world ruled over by violent gangs and ruthless drug dealers in MS-13, the nation’s most vicious gang.

Based on Lior’s award winning short, We Die Young is a fast-paced crime drama taking place over the course of 24 hours in the brutal drug slums of DC, where a young Hispanic boy dreams of finding a new life for him and his younger brother outside of MS-13. When a traumatized veteran comes into the neighborhood looking for drugs to escape his own reality, an unusual opportunity arises that will change their lives forever.