Home / Films / Where The Road Runs Out 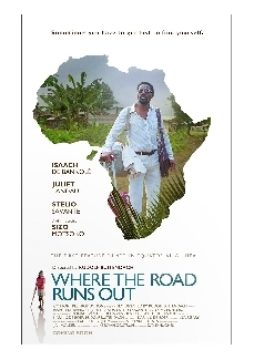 Where The Road Runs Out

George, a scientist living in Rotterdam is growing wary of the world of academia. The sudden death of an old friend is the incentive he needs to return to his African roots where he takes over a dilapidated field station in the jungle of Equatorial Guinea. There he meets an orphan boy with a sunny disposition who opens George's wary eyes to this colorful place. The boy plays matchmaker between George and the lady who runs the local orphanage and all seems rosy until an old friend of George's shows up out of nowhere to throw their lives into disarray as George discovers there are many obstacles on the road to redemption and a few more where the road runs out.