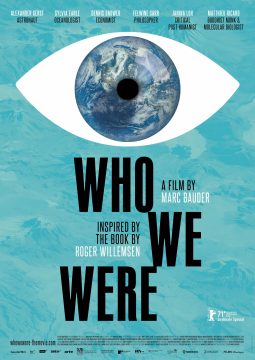 WHO WE WERE observes the current state of the world, accompanied by six intellectuals and scientists who reflect on the present and postulate about the future. Director Marc Bauder follows his interviewees into the depths of the ocean, to the top of the world, and out into the far reaches of space. Together, they explore the incredible capabilities of the human brain, a global economic summit, the legacy of colonisation, and the feelings of a robot.