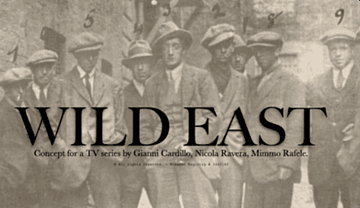 In the 1920s, Calabria becomes heavily depopulated, due to strong emigration overseas. It’s not only honest farm workers and laborers that seek fortune abroad, but also criminals seeking new pastures for their activities. The Sicilian Maﬁa heads to America, the ‘Ndrangheta to Australia, a country in which organized crime is pretty much absent. Groups from Platì stop at Grifﬁth, those from Sinopoli in Sydney, those from Siderno in Perth and those from the Ionian coast set base in Canberra and Melbourne.
When detectives begin to realise that the ‘Ndrangheta has inﬁltrated the local world of entrepreneurship, ﬁnance, commerce and even Australian politics, it’s already too late to try to eradicate it. The ‘Ndrangheta has become a cornerstone of the new Australia that has to face the difﬁculties arising from the heavy economic crisis of the ’30s.