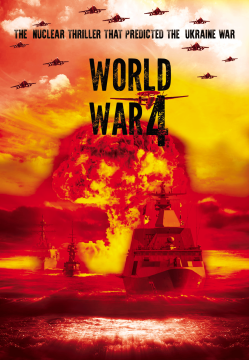 The movie that predicted the Ukraine War

This large-scale, action-packed sci-fi/ war movie is a real treat for fans of military subjects, special effects, the latest war equipment and maneuvers as well as for lovers of films with an emotional impact. WW4 not only shows terrifying large-scale battles but also manages to zero in on aspects of humanity, showing us the toll that war takes on ordinary people.

After weeks of rising tensions and failed emergency diplomatic talks the escalating military incidents lead to greater and greater worldwide conflict, placing super-powers at each other’s throats. Ukraine plays a crucial role along with the age-old arch enemies - North Korea and Russia.

The war escalates, armies march, bombs rain down and soldiers storm the beaches.

One family is caught up in the ever-growing conflict. Can they survive?