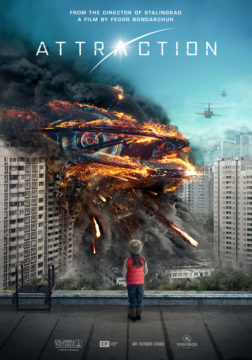 According to the report that has just come in, the unidentified flying object shot down over Moscow is allegedly of extraterrestrial. The major part of Chertanovo area is cordoned off and police and military defense are coming to the crash site. The officials are discussing a possible emergency evacuation of the locals. Our source in Ministry of defense says a special committee is now trying to establish contact with the visitors. We are now preparing a special news report so stay tuned to be the first to learn more soon...