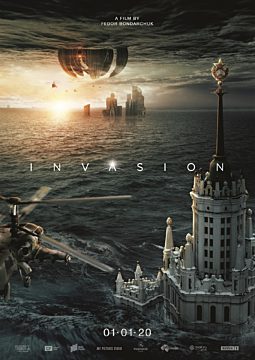 A UFO crash divided lives into “Before” and “After”. A normal girl from Moscow, Yuliya Lebedeva, is forced to accept the role of lab-rat, being the only person who had contact with the alien. Trying to understand the nature of force growing inside her, military and scientists split her feelings and emotions to atoms. Yuliya’s supernatural power is not the only thing that terrifies the earthlings. Our planet is under the threat of Invasion now. The only way to win this upcoming conflict is to remain human. When everyone is bound to make a choice on which the salvation of Humankind depends, can love, loyalty, and mercy become even stronger than the ruthless power of an alien technology.