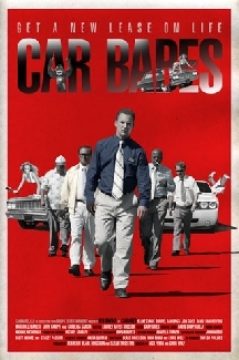 After a half-assed job search, recent college graduate Ford Davis lands himself the one job he never wanted: car salesman for his father, Big Len. On the lot Ford quickly learns that the game of car sales isn't easy. His only saving grace turns out to be his group of co-workers, the "CarBabes," who teach him that selling cars is about selling yourself.

Ford begins to gain confidence not only selling cars, but too with his new sexy girlfriend. Back on the lot, however, mobile-home tycoon Ron Hamper has his evil eye on Big Len's property. During an impromptu visit, Hamper threatens to shut Big Len down and turn Davis Automotive into a parking lot for his used campers.

The days at Davis Automotive are numbered and Big Len and the CarBabes have all but given up, until Ford comes up with one final plan to save the dealership from impening doom. Impossible? Not if you're a CarBabe ...