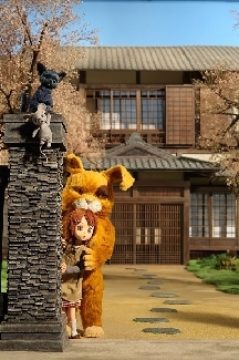 Chieri is a 6th grade elementary school girl. Her father died when she was little, so she lives with just her mother. The only friend of Chieri had been a stuffed doll Cherry which she found on a storehouse at the time of her father's funeral. In Chieri's world of fantasy, Cherry had talked and played with, and adviced and protected her in place of her father. Chieri visits her grandmother’s house for a first time in a while to attend her father's remembrance ceremony. There, she finds a stray dog being about to give birth to puppies. But a crow and strange monster come trying to get the pups. Can Chieri and Cherry save their lives?