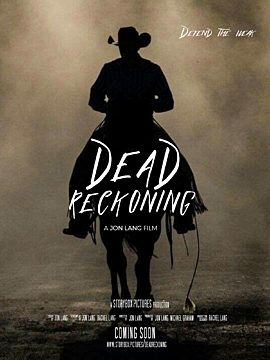 A retired SWAT sniper finds a human trafficking organization taking over his hometown, confronting him to act outside of the law to protect those in need, and to end lives against his religious beliefs.

Michael is tired. After 30 years on the streets of LA as a police officer and SWAT Sniper, his retirement is looking better than ever back in the small town of Lone Pine.

He knows it’s time to move back home to the country roots he grew up from and start to take care of his family ranch; he’d been meaning to get back there for a few years now that it was fully passed down to him. Now he was the head of the small, barely intact family.

His arrival home is about as bittersweet as when he left, 40 years earlier. Upon arrival he gets into an unexpected scuffle with some local low lives that were trashing the local gas station, manned by a childhood friend who never left town. Michael stepped in to help for his sake, and besides, he felt like getting some weight off his chest, and these redneck thugs could use an ass-kicking.

After throwing himself a predictable welcome home party, Michael quickly reconnects with the local sheriff, a good friend of his family’s, his younger sister who was getting as weathered as the town, and the local church where he feels convinced he should spend more than just Sunday mornings.

As he begins to fix up the dilapidated family ranch property and helping neighbors with odds and ends, he starts helping with the weekly sermons at church. He begins noticing some fishy activity going on around town, and in the church, which was quickly becoming his situation to manage, since nobody else was eager to do anything.

Michael spends time with his horses, and against his better judgement teaches a nosey, but adorable neighbor girl how to ride. Seeing her ride hurts, but, at the same time feels really good. He can’t remember the last time he and his daughter spoke, not to mention his ex-wife. This little girl, she clearly needed someone like him around, her parents seemed pretty wasted away on drugs, and just living in that crummy little town like most other people there.

His attempts to rekindle a severed relationship with his sister and her kids are futile, but when Michael’s niece goes missing he starts poking around, a hell of a lot more than a retired ‘old man’ should. He ruffles some feathers and the town starts drawing lines in the sand. His friend the sheriff wants to help but doesn’t have the resources, or tactical experience needed to figure out what’s really going on in Lone Pine.

Michael decides to start pushing further until he steps a little too far. He arrives home to find his ranch burning to the ground, and his neighbor’s daughter is missing. The ranch he wasn’t as upset about, but that little girl had really grown on him.

Michael saves the horses from the barn, grabs every weapon he could salvage out of his safe, and heads for town on his horse, armed to the teeth. The time for preaching is over.