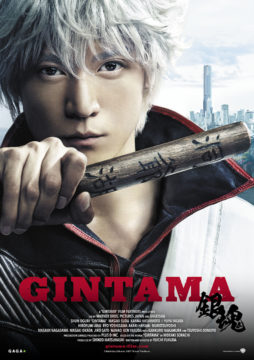 Based on the best-selling Science Fiction action-comedy comic with over 50 million copies sold worldwide, “GINTAMA” is set in the Edo shogunate in Japan where power of samurais is on decline as the aliens from outer space have invaded the country and outlawed their swords. A highly skilled but usually lazy samurai Gintoki Sakata works as a handyman to pay the bills, but a request from his client leads him and his friends in danger and Gintoki must face the dark force…