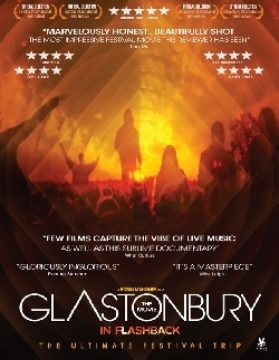 Glastonbury: The Movie In Flashback

The definitive film about the iconic music festival that started it all, Glastonbury. An era before on site ATMs, mobile phone masts and if you were there you're in it and if you weren't you'll wish you had been. Hailed as "a masterpiece" by Academy Award winner Mike Leigh, Glastonbury Flashback is a must-see for all festival fans.