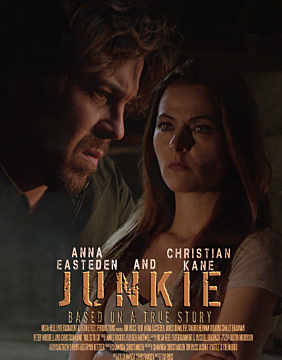 Talutha County was once a friendly, family oriented community. Then the local economy fell to ruins and a darkness settled in - ushering in the crime, the cartel, the bodies, and the junkies.

The town's new Sheriff, Daniel Corbin (Christian Kane) stepped into office with a mission to clean it all up. This town's been home to his family for generations. He carries out daily drug raids in an effort to live up to his promise as Sheriff, but every town and every person has its breaking point. A point when everything has to change and they can no longer wait on other people.

The Taylor family has had its share of tragedies, and June Taylor (Anna Easteden) struggles with Opioid and Methamphetamine addiction. Her brother Xander Taylor (Peter Wrobell) is constantly trying to save her from herself so he decides to confront the local dealers and shortly afterwards he goes missing.

When June learns of his disappearance, she trades the needle for a gun, and sparks an explosive conflict with the local cartel. When you've lost the will to live, you just aren't afraid to die anymore.