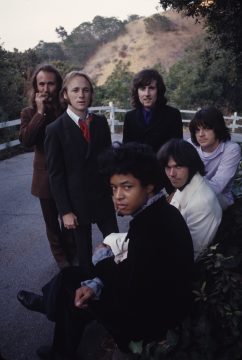 Laurel Canyon will pull back the curtain on a mythical world and provide an up-close look at the lives of the musicians who inhabited it. Through a wealth of rare and newly unearthed footage and audio recordings, the documentary will feature an intimate portrait of the artists who created a music revolution that would change popular culture.

Celebrating the music of Linda Ronstadt, Joni Mitchell, Michelle Phillips, Carole King, Crosby, Stills, Nash and Young, James Taylor, Jim Morrison, Frank Zappa and more, the film will be uniquely immersive and experiential, taking us back in time to a place where a rustic canyon in the heart of Los Angeles became a musical petri dish.