Page d'accueil / Films / Life Is But An Empty Dream 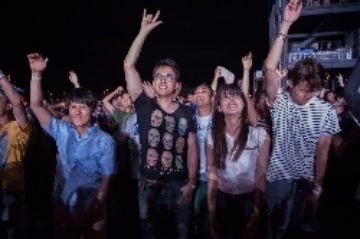 Life Is But An Empty Dream

Dong Wan has been working as a staff of the Pentaport Rock festival for 5 years. He is also a member of a music band which has been dreamed about performing as a headliner at the festival. In reality, however, it doesn’t seem like his dream would come true. Phillip has been looking for a job ever since he graduated from college, but things are not working out for him. He applies for a part time job as a food delivery at the festival, but he gets an interpreter position instead. He tries his best to be a full time staff for the festival. Mina, a Japanese girl, came to Korea to meet with her boyfriend who hasn’t been able to contact. She applies for an interpretation position as a volunteer of the festival in order to meet her boyfriend who will perform at the festival. Can she meet her boyfriend?