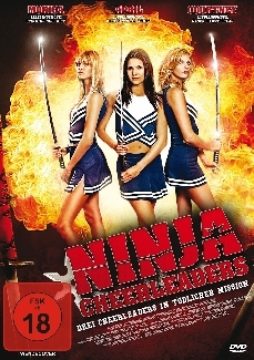 April, Courtney and Monica are three beautiful, intelligent and tough college freshmen. They are finishing their first semester at Los Lomas Malas community college, the armpit of community college's. They must do well on finals to gain entrance to an Ivy League University, cheer at the big game and rescue their Sensei, who has been kidnapped by the mob, all by midnight so they can compete in the all-city strip off with the hopes of winning college money. All the while, dodging nosy cops, keeping their parents at bay, dealing with a perverted coach and smiling, talking or fighting their way through a slew of odd characters.