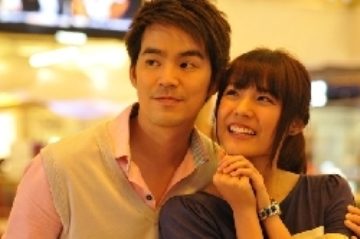 I don’t know if the time is right when fate pull us together like magnet.
Perhaps it’s because we are waiting to ask ourselves if he/she is the one.
Perhaps we need someone who share the rhythm of our hearts
That enchanted moment from the Late Saturday night till the Bright Monday morning.

Chuat, the reality show TV producer, falls for “Ton Lew” a beautiful hostess of the popular TV
show “Haunted houses”. The only way to get to her is through her best friend “Pen” who works as
a PR for a Social Network Website. Pen has no choice but to help Chuat since he is begging her non-
stop for help.
Although, Pen already had a boyfriend, “Pokpong” her boyfriend is extra protective of her and is a
really possessive guy. She feels suffocated sometimes but a “good” boyfriend is a lot better than no
one.
Fate pulls them together and mess with their rhythm of lives until they discover the desires of their
own hearts to the eternal question of “Love” during….
The enchanted period of “From late Friday night to the bright Monday morning”