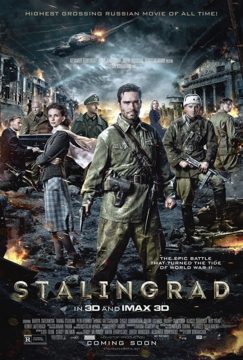 "The epic battle that turned the tide of World War II"

Historical war-drama "Stalingrad" is dedicated to the 70th anniversary of the Stalingrad's Battle. The film is about the heroic deeds people in Stalingrad. In the film it is shown how and why it was here the turning point of the World War II, when German troops were rooted by the resistance of the Stalingrads/s defenders.