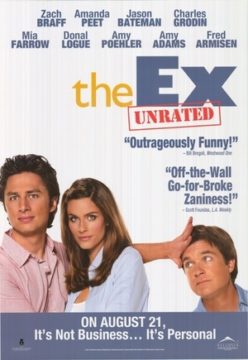 Tom (Zach Braff) is a slacker who is forced to work for his father-in-law’s ad agency after his pregnant wife, Sofia (Amanda Peet), steps away from her high-paying job. Tom is assigned to report to Chip (Jason Bateman). Chip is a competitive and hard-driving wheelchair-using man who is coincidentally Sofia’s ex-boyfriend from high school. Chip still carries a desire for her, so he conspires to make Tom’s work life miserable. As Tom’s frustrations mount, Chip begins to sway Sofia to his side.