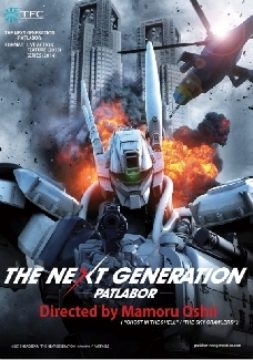 The Next Generation PATLABOR -Tokyo War-

"Mobile Police PATLABOR" is finally made into a live-action film! With Mamoru Oshii as chief director, this live-action PATLABOR emerges as a huge project consisting of one feature film as well as seven stand-alone chapters in a series format. 8-meter tall full-sized AV-98 Ingram and many other props have all come to life!