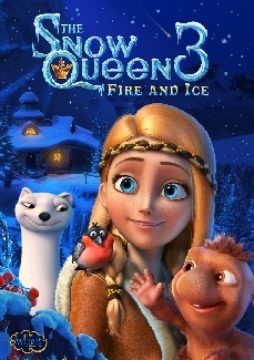 The Snow Queen 3: Fire and Ice

After heroically defeating both the Snow Queen and the Snow King, Gerda still cannot find peace. Her dream is to find her parents who were once taken away from them by the North Wind and finally reunite the family. Thus, Gerda and her friends venture on a difficult journey to find her parents and encounter new challenges along the way: they discover an ancient magical artifact of the trolls, the Stone of Fire and Ice. From that moment on things don't go according to the initial plan. Will Gerda be able to tame the mighty forces of the magical elements and get her family back? The answer will be revealed in 2016.
This is a story that contains everything you love about Wizart: kindness, bravery, friendship, mystery, family love, and a happy ending, of course!