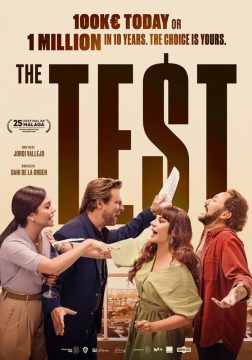 Toni, one of their best friends, proposes they take a personality test created by Berta, his current girlfriend and a successful psychologist.

The test consists of one single question: “What would you prefer, one hundred thousand euros right now or a million in ten years?”

The answer is not all that easy and will unleash unexpected consequences.