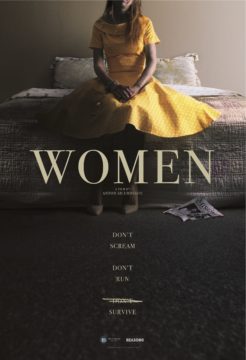 Bradley is a Sociology professor at a local college who seems like a normal man, but his outward appearance is only a façade. He secretly lures women from his classroom to kidnap them and imprison them in his secluded home on the outskirts of town.

When Bradley gets bored with the women or they have served their purpose he kills them. The longest survivor is a woman named Jennifer who has been his prisoner for over five years. She has developed Stockholm’s syndrome after years of captivity and is fueled on her basic instinct to survive.

Bradley’s newest “trophy” is Hailey, very bright student and a strong, somewhat rebellious character. When kidnapped, Hailey finds herself in a sometimes supportive and sometimes competitive relationship with Jennifer.

Meanwhile, in a scrapyard in another part of town a worker discovers the remains of a woman who has been tortured and brutally murdered. Arriving to take the case is young detective Darren Hawk - a sharp, intelligent cop who follows the evidence.

Hawk’s investigation into the murder leads him to a local college where he meets an unassuming Bradley.

However, Hawk’s suspicions begin to rise with Bradley as the coincidences start to mount, but with no evidence to support his claims Hawk discovers that he must use his innate instincts if he is going to capture this cunning killer red-handed.

Will Hawk find the women before Bradley decides to kill again?