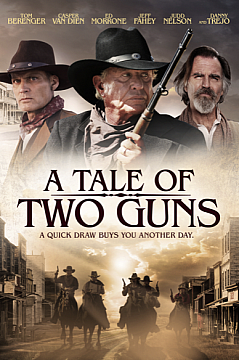 A TALE OF TWO GUNS

In the lawless West, The Cowboys a notorious brotherhood of killers and thieves reigned over the land with brutal fists and fast guns. Fate had finally caught up with them - and now the merciless gang has but a single surviving member. When a deputized gunslinger takes up the call to hunt down the last Cowboy, the chase is on and the bullets fly and only one of these hardened men can survive.