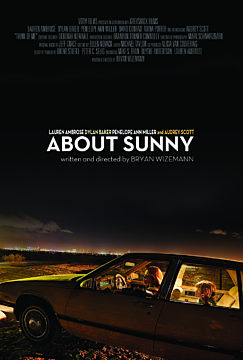 Las Vegas. Present day. A downward spiraling economy. Angela Jerome (Lauren Ambrose, SIX FEET UNDER), a young single mothe, is doing her level best not to fall apart. Her daughter Sunny (newcomer Audrey Scott) is one of the few joys in her life, but raising a child alone is a struggle on even the best of days. When the worst week of Angela’s life builds to a breaking point, she is faced with an impossible choice: keep trying to make things work, or let it all go for the promise of something better.

Co-starring Dylan Baker (HAPPINESS) as Max, a nihilistic reflection of Las Vegas itself, and his sister, Louise (Penelope Ann Miller, CARLITO’S WAY), whose self-interested offer of ‘help’ becomes the hardest decision Angela will ever have to make.