Home / Cinema / Against A Crooked Sky 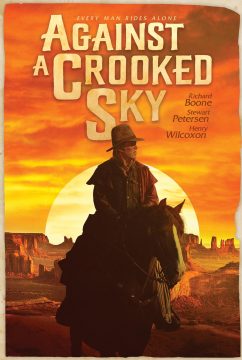 Against A Crooked Sky

A gripping adventurous story of family love and devotion and of heroism and sacrifices made by the pioneers who tamed the Wild West. After the eldest daughter of a pioneer family is kidnapped by a mysterious Indian tribe, their eldest son risks his life to track her down and rescue her from the savage Indians. Along the way, the boy befriends and recruits a broken down, grizzly trapper to help him locate the unknown tribe and rescue his sister. In order to win back her freedom, he must be willing to sacrifice himself by passing the ultimate test of courage, the "Crooked Sky", and shield his sister from an executioner's arrow.