Home / Cinema / An Act of Defiance 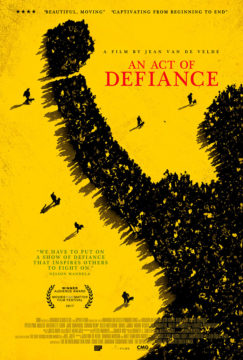 An Act of Defiance

I have cherished the ideal of a democratic and free society in which all persons live together in harmony and with equal opportunities. It is an ideal which I hope to live for and to achieve. But if it need be, it is an ideal for which I am prepared to die. - Nelson Mandela's impassioned speech to the prosecutor of The Rivonia Trial.

Apartheid is rampant in South Africa, 1963. When ten men are arrested on a farm in Rivonia for conspiring to commit sabotage and violent acts against the repressive S. African government, tenacious lawyer Bram Fisher steps up to the challenge as lead counsel. He soon finds that political leader Nelson Mandela is also on trial. Mandela urges his fellow defendants to plead not guilty and shine light on the systemic corruption against the African people. As the outcome of the trial looks bleak, Mandela gives his famous I'm Prepared to Die speech, discussing how the ANC's resistance is justified. But will Mandela's impassioned speech save these men's lives?