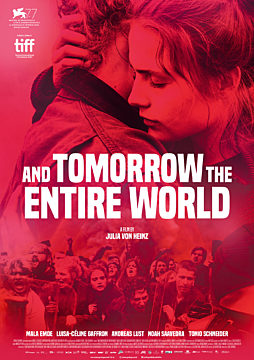 And tomorrow the entire world

When Luisa leaves her wealthy parents to study law, her best friend introduces her to a rag-tag collective of Antifa activists drawn together by their will to fight for the cause and a disdain of conventions. In their mission to halt the continued rise of neo-Nazis across Germany, the group quickly comes to a crossroad: Does combatting hate justify violence? As Luisa struggles to understand whether her actions are motivated by personal allegiances or political convictions, she and the group must decide what to do when the ideological fight against fascism becomes concrete.