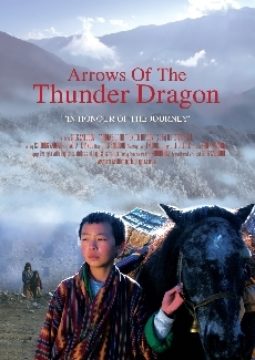 Arrows of the Thunder Dragons

Set in the 1970s, the story follows brother & sister Kuenphen and Jamyang learning traditional archery from their old warrior grandfather. While Kuenphen has the opportunity to further his education and explore the world outside the village, his sister Jamyang must stay home to weave, cook and get married a fate the young woman is not willing to accept without a fight.
Shot entirely on location in the breathtaking Himalaya mountains and featuring a cast of local villagers and members from the Bhutanese Olympic women's archery team, the film shows how the traditional medieval values of isolated Bhutan are still transmitted today from generation to the next.