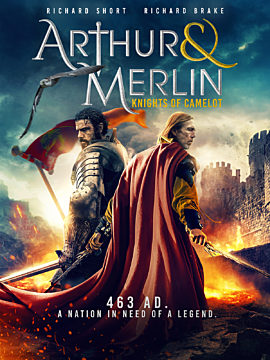 A battle-worn King Arthur returns home after decades abroad fighting the Roman Empire. But in his absence, his illegitimate son has corrupted the throne of Camelot. Now a weary King Arthur must reunite with the old wizard Merlin, his most loyal Knights of the Round Table, and fight to reclaim his crown.