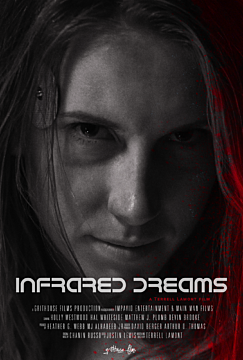 Locked in a strange room, Ava Clarke awakens to find a mysterious doctor experimenting on her. With no memory of how she got there, she undergoes psychological and emotion testing triggered by red and blue lights. As the testing intensifies, she is pushed to the brink of insanity, causing her to question her reality. The doctor alludes to working for a more dangerous entity as he prepares her for the next phase ... transformation into a zombie-like weapon to destroy the human race. With the help of a fellow captor, Ava escapes the doctor only to find that she is trapped on an alien spacecraft in the deep expanse of space with nowhere to go.