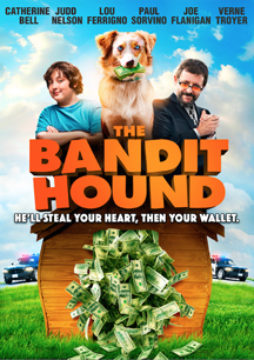 THE BANDIT HOUND is a funny, heartwarming story about a lovable dog, BANDIT, who is trained to pull off bank heists by a pair of robbers. When a heist goes wrong, Bandit escapes and is rescued by a single mom and her son, Owen.  As the friendship between young Owen and Bandit grows, the former nefarious trainers suddenly reappear and try to steal Bandit back. What ensues is fun filled adventure and the unbreakable bond of a boy and his dog.