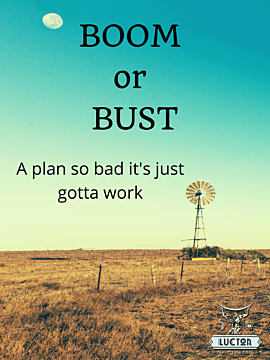 The son of a well known ranch family has lead a colorful life of best intentions and poorly conceived plans. He is struggling to pull himself out of his immature ways when he discovers that his parents are on the verge of losing the ranch to a large uncaring organization. A large imposing mysterious pair of thugs in a beautiful classic car show up in town and rub the local misfit the wrong way. In a split second, a bad decision drags his loyal friend along with him on a wild ride to the coast with dangerous looking thugs in hot pursuit. Will they make it? Will they get caught? Is there even a plan