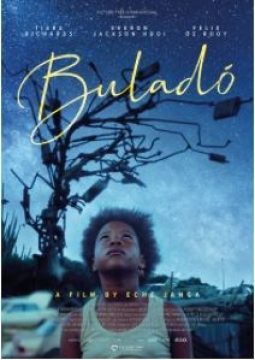 Headstrong girl Kenza lives with her father Ouira and grandfather Weljo on a car wrecking yard in the countryside of Curaçao. The two men are opposites that don’t particularly attract: Ouira is a determined and rational police officer, while Weljo identifies with the original inhabitants and spirituality of the island. As Weljo wishes to prepare his passing to the world of spirits, the relationship between Ouira en Weljo starts to escalate and the eleven-year-old Kenza searches for her own path in-between the two extremes. The down-to-earth and avoidant mentality of Ouira no longer offers her all that she needs and slowly she opens up to the more mystical and comforting traditions of her grandfather.