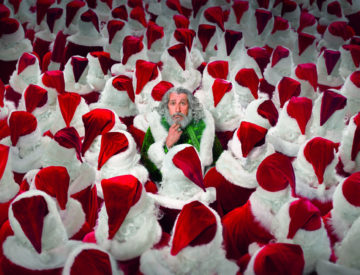 Christmas Eve is right around the corner, when everything goes haywire. Santa’s 92,000 elves all keel over, sick as dogs. Simultaneously!

That’s a harsh blow to jolly old St. Nick. Now who’ll make the toys for all the kids all around the world? He’s got no choice. Santa and his reindeer must go to Earth in search of a cure.

But once he gets there, Mr. Claus will need some help to save the magic of Christmas…