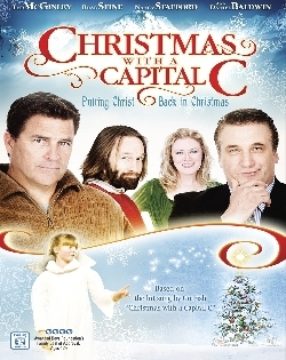 Christmas With a Capital C

Christmas has always been a time of love and tradition in the small town of Trapper Falls hometown of Mayor Dan Reed (Ted McGinley) with his brother Greg (Brad Stine), they drape the town in Christmas cheer concentrating on the nativity scene. When Dan's high school rival Mitch Bright (Daniel Baldwin) returns home after 20 years, he takes offense to seeing the town's Nativity scene in violation of separation of the church and state. Dan's wife Kristen (Nancy Stafford) and their daughter show the true meaning of Christmas by launching a "Christmas with a Capital C" campaign as an effort to keep the town together.