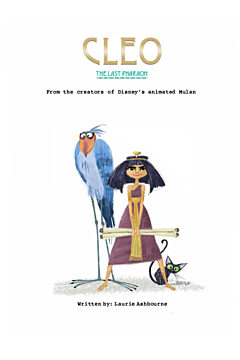 As a teenager, Cleopatra is the middle, bookish, overlooked child – who struggles for her father’s approval – when he doesn’t return from Rome, she sets out on a daring quest to rescue him where she has to navigate the obstacles of the afterlife within the pyramids and in the process, she ends up proving that she should be the one to fill his shoes.