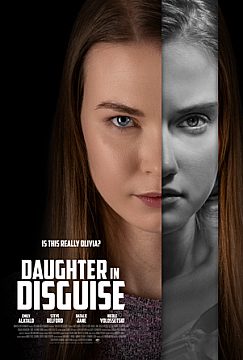 Kristen (Emily Alatalo) and Justin (Steve Belford) are thrilled when their daughter, Olivia (Nicole Volossetski), returns home after being missing for six years. Olivia was kidnapped along with five other girls around the same age, but only Olivia has been discovered. As Kristen goes overboard trying to help Olivia readjust to normal life, Justin can’t help but feel uneasy. Something is off about this girl, especially as she tells contradictory stories about her time with her captor and can’t seem to recall small details about her life pre-abduction. Soon, Kristen begins to realize Justin’s suspicions were right all along: this girl is not Olivia, but a sixth previously unknown captive named Natalie (Natalie Jane). Hoping to finally find Olivia, Kristin teams up with Natalie to track down her daughter.