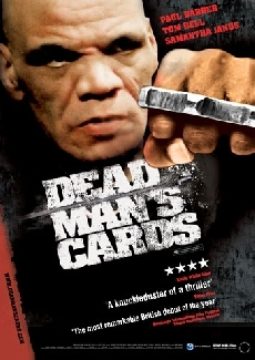 A gritty, hard hitting film based on true life in Liverpool.

Tom, an ex-boxer, is on the ropes. His promising fight career is long over thanks to an eye injury, and his marriage is on the rocks and he is broke. When a chance encounter at the gym leads to a job as a doorman at a run-down nightclub, no one yet knows whether he has taken a step on the road to redemption or finally hit the self-destruct button.

The volatile head-doorman, Paul (a knuckle-duster ever at the ready), is a battle-hardened veteran from the old school. Recognizing him for the fighter that he once was, Paul takes Tom under his wing, guiding him through the ins and outs of life as a clubland "peacekeeper."

Tom does his best to fit in and play the hard man, but soon strikes up a friendship with Mary, a world-weary head barmaid who recognizes in the down-on-his-luck fighter something more than the norm. Unfortunately for them, dealing with a smack on the nose and a drunk with a broken bottle is nothing for Tom compared to his inadequacy in dealing with a broken heart. The personal baggage of losing his wife due to impotency is a secret he will keep bottled up at all costs.

It doesn't take Tom long to figure out he has entered a world of trouble when Chongi, the head of a large, ambitious security firm, has a score to settle with Paul, and stakes an interest in the down-at-heel club. As the tension escalates, Tom is forced to question his new loyalties, and whether he really has lost the bottle for a fight.