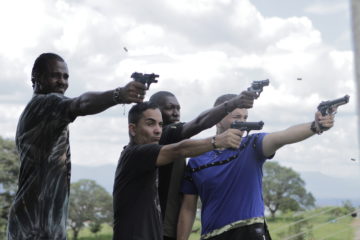 Everybody wants to find Oscar. Yonier only wants to retrieve his bike and stumbles upon a million dollars. Claudia is pregnant… not of her husband. Freddy is sent by his boss to search for a money that is already lost. Milton is looking for Duberney. Palooka only wants to have some spooning with Nancy. Gamboa and Bermudez talk about treatment for hemorrhoid relief. Everyone is going to show their darkest side in a clumsy way. This is the new generation of drug lords.