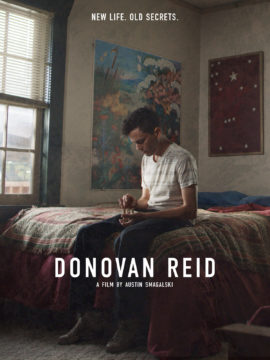 Michael arrives at a police station claiming to be a long-missing child, Donovan Reid. Detective Schleicher is suspicious, but allows him to meet the Reid family, Hank and Linda, who take him home. Michael bonds with his Hank but is wary of Linda's reserved attitude. He meets Harper, a childhood friend and local reporter. We see flashes of his life before with Ellen, a possessive elderly woman who kept him locked in a house. Detective Schleicher continues to press Michael for answers, and we find out Linda's in on it. Michael discovers that Linda may have killed the real Donovan Reid. Linda forces Michael to take a DNA test, and as everything falls apart he runs to Ellen's. Linda corners Michael at Ellen's with a gun. It's revealed that Michael is actually Donovan, and that Ellen is Linda's mother. Michael (Donovan) painfully remembers that Ellen died when he escaped. In a tense standoff, Schleicher talks Linda into giving herself up and Donovan and Hank must move on together.