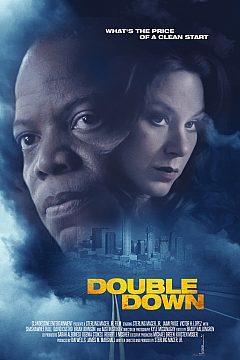 "Double Down" is a neo-noir, domestic psychological thriller, in which a failing, morally compromised bond trader "Vincent" is so desperate to live up to his notion of manhood that he is goaded into making a fateful bet. Ultimately, after being forced on the run, Vincent makes a devastating discovery about the circumstances of his life