Home / Cinema / Everything in the Song is True 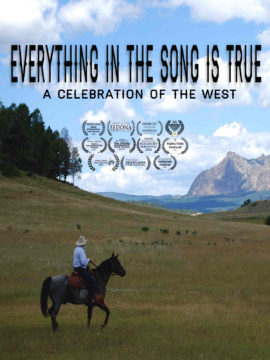 Everything in the Song is True

A feature length documentary film about four iconic characters who define the American West. Gary McMahan is a renowned cowboy singer and poet. Brice Chapman is one of the world's most talented trick ropers . Yvonne Hollenbeck is a fourth generation rancher and award-winning poet and quilter. Jeff Nourse is a rancher, singer-songwriter and iron sculptor. Across the west, we follow these characters for two years to witness the sights and songs that are unique to the American experience.