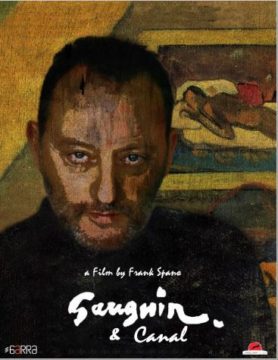 Gauguin is judged in a trial by the French authorities in Tahiti, while becomes obsessed with his memories and also with painting his latest masterpiece.

Paul Gauguin is fired from his job as stockbroker during the economic crisis in Paris, in 1887. He stands face to face with the difficulties imposed by his duty as head of household with five children, one of them suffering from a serious illness. Amid this anguish, he receives the offer of his brother-in-law, who is working on the construction of the Panama Canal, to travel to the Central American isthmus. Gauguin sees an opportunity to find this original style, to develop as a painter, to abandon his life as a European bourgeois and to commit himself to winning it as an exotic, wild and creative painter. These memories of the artist are interrupted by a guard who helps him enter a court of law. We are finally in French Polynesia, where Gauguin is forced to face French justice, his enemies from the present and the ghosts from his past.