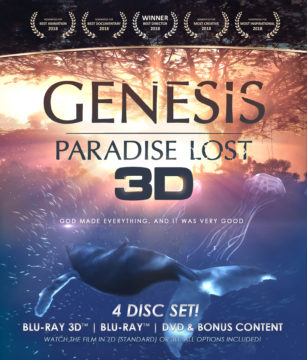 The increasing attack on the idea that God created the heavens and the earth remains a battleground for which many Christians are unprepared. By allowing audiences to experience creation and to understand the science behind it, GENESIS: Paradise Lost reinforces how an intelligently designed universe matches both scientific facts and Scripture. By removing the supposed “scientific-stumbling-block” of evolution which barricades many from hearing the Gospel, countless hearts have turned to their Creator.

Alex Kendrick, Producer of War Room, Courageous, and Overcomer, said, “GENESIS: Paradise Lost raises the bar. It arms those in the faith with information and inspiration to stand up for truth and for what Scripture says about not only creation but how God being involved in our lives affects every other area of our lives!”