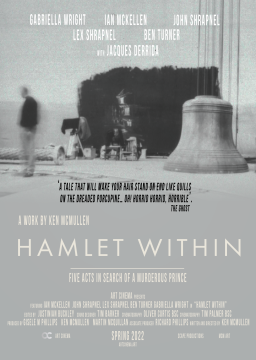 Written and directed by Ken McMullen and co-produced by Scape Films, Hamlet Within is a radical cinematic investigation into the myth of Hamlet, its origins and its enduring appeal across cultures and systems of beliefs. The work asks the question: “why Hamlet” and more appropriately perhaps, “why Now”. The film explores how the underlining pillars of Hamlet have triumphed over time, space and language to draw continued interest and ongoing discussion from audiences.'