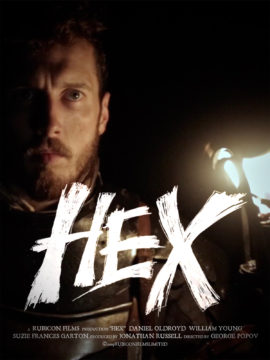 1644. The English Civil War rages. A naive Parliamentarian Thomas and a hardened Royalist warrior Richard, cross paths on their way to the battlefield. After a fight to the death turns into a deadly game of cat and mouse, they soon discover that mysterious forces lurk deep within in the forest. Wooden symbols hang in a ruined church; whispers, apparitions and a woman cloaked in black. The soldiers find themselves once again in a standoff at an abandoned camp, however, they must form an uneasy truce if they are to make it out of the forest alive. This is put to the test by the Witch’s mind games as they desperately try and survive a night full of horrors. Trapped in the forest with no escape and a growing number of supernatural threats, they must track and kill the Witch. In doing so they will face their inner demons and the truth about what it means to be a soldier.